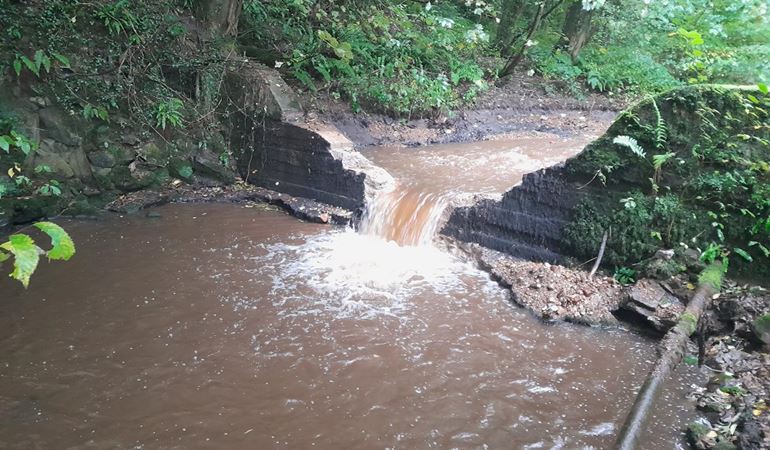 A Natural Resources Wales project to open the upper reaches of the River Terrig to migratory fish has been completed.

The removal of the old weir at Plas Nant y Glyn, which previously was the upper limit for migrating fish on the Terrig has opened up 4km of habitat and spawning ground in a river known for its Brown Trout population.

“The barrier removal work on the Terrig, which is the largest tributary of the Alyn, involved lowering the weir in stepped increments and raising the pool level below to make the water more passable to migrating fish.

“Within hours of the work’s completion Brown Trout were seen successfully leaping the lowered weir and heading upstream to new habitats and spawning grounds.”

Man-made structures in rivers not only impact on fish migration but can interrupt gravel movement and fragment whole river catchments. Upper reaches of river catchments tend to be cooler and protected to a certain extent, from the worst effects of climate change, so their removal effectively future proofs the river and its ecology.

The work started in early October and took just a week to complete and is part of NRW’s ongoing work to explore more river restoration opportunities.